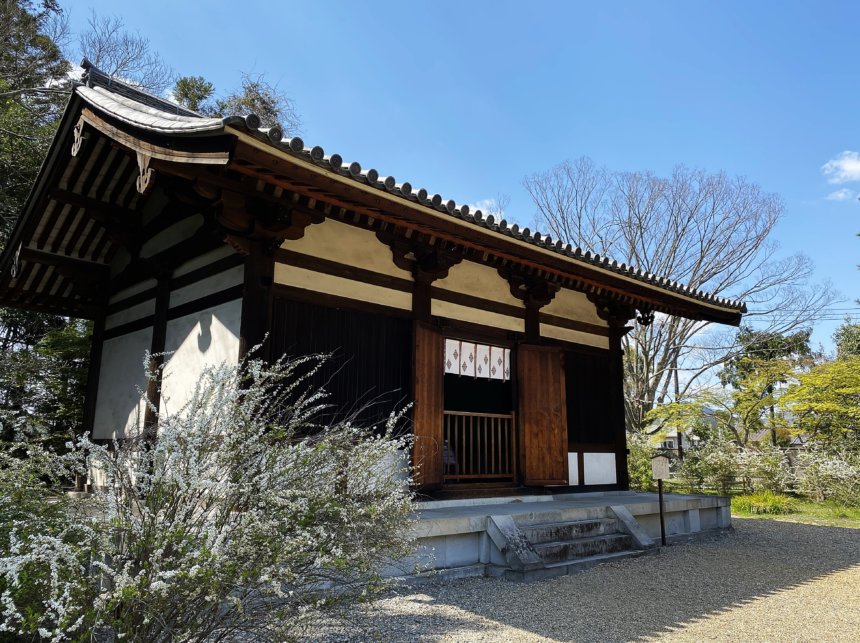 Two adjacent small temples are located in the northwestern part of Nara, about 2.5 km away from the city center. Each of them houses a breathtakingly beautiful Buddhist statue, the Goddess of Mercy, which is usually hidden from the public and unveiled only for limited periods in spring and autumn.

If you are in Nara during either of these periods, it is worth a detour. It is even worth adjusting your travel plans only to meet these Goddesses.

Note that you cannot see them at other periods of time, even if the temples are open. 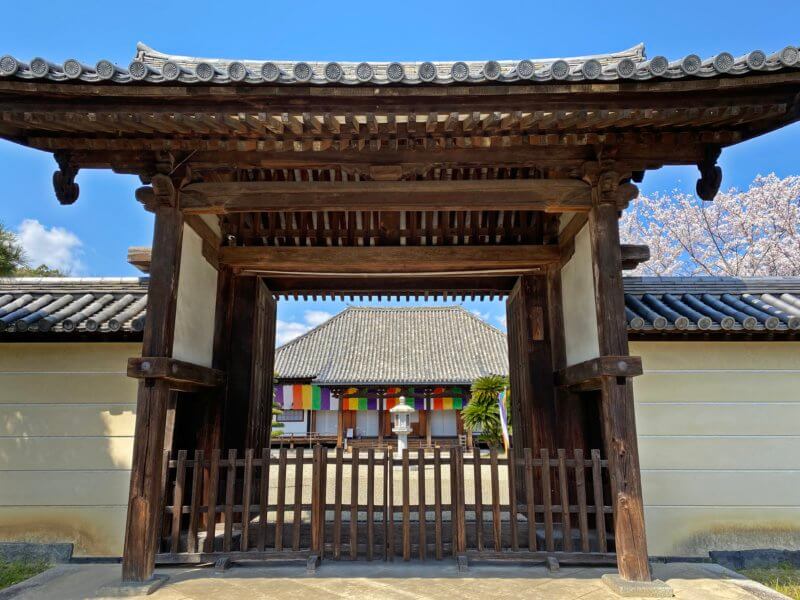 Hokke-ji is one of the temples built according to an edict issued by Emperor Shomu (701-756) to build provincial monasteries and nunneries throughout the country. While Todai-ji was the chief of monasteries, Hokke-ji governed all nunneries in the country.

This wooden statue, about 100 cm high, is said to reproduce the figure of Empress Komyo (701-760) who was an ardent follower of Buddhism.
The statue has red lips, flowing hair and a noble and calm facial expression, all of which are very realistic. The body keeps an exquisite balance between maleness and femininity.
The slightly lifted right big toe expresses the will to extend mercy and help those in need.
The halo on the back represents lotus petals and leaves and adds beauty to the statue.

Just for your information, the statue was open to the public during the following periods in 2019:
From March 20 to April 7
From June 5 to June 10
From October 25 to November 14 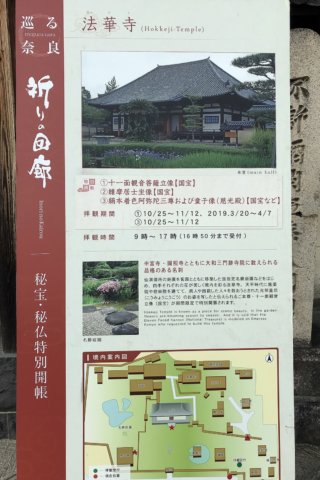 Notice of Special Exhibition in the autumn of 2018 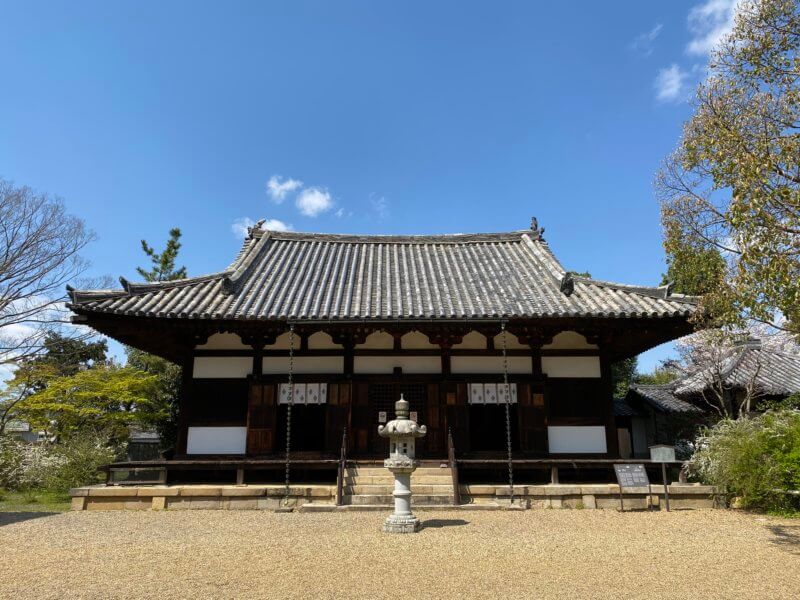 It was in 710 when the capital of Japan was transferred to Nara. Fujiwara no Fuhito (659-720), a leading member of the court of Japan, built his residence here and retained an existing temple on his premises. In 720, he passed away and the residence was inherited by his daughter, Empress Komyo.

In 735, Genbo, a Japanese envoy to China, was caught in a heavy storm on a voyage back to Japan but was able to survive by chanting a Buddhist sutra, called Kairyuou-kyo. Hearing this episode, Emperor Shomu, the husband of Empress Komyo, named the temple Kaiyuou-ji and appointed Genbo to the chief priest of the temple. This is the beginning of the history of the temple under this name. 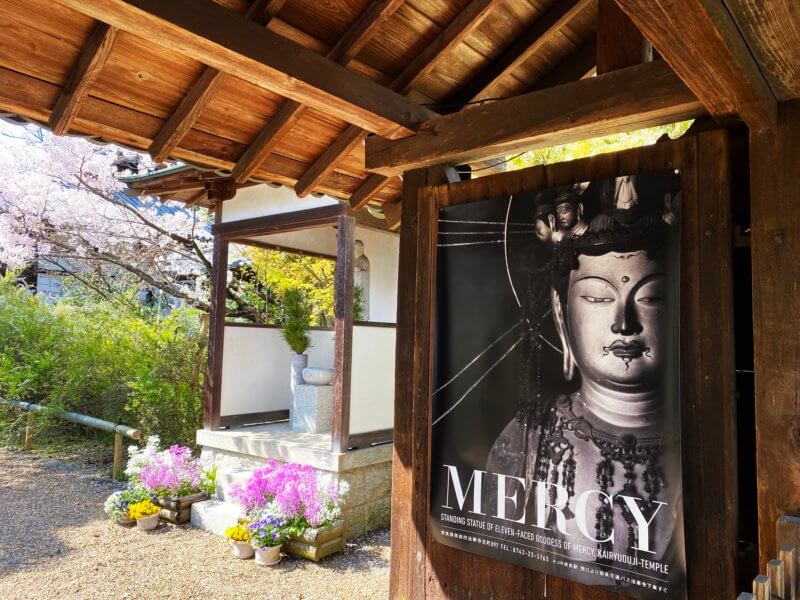 The Bosatsu tilts its head and extends its long right arm slightly forward to give a helping hand to people.

The 94-centimetre high, gold-painted wooden statue was built around the 13th century. This noble but gorgeous statue might be lesser well-known. However, everyone would be intoxicated with its beauty at first glance.

You will soon notice the flower vase with a red lotus bud in its left hand. The exquisite patterns on the surface of the robe were drawn using gold leaf cut into thin lines. The headdress and ornaments are extremely delicate and the halo on the back looks as if it radiates sacred light. All these are perfectly harmonized and contribute to impeccable beauty.

As the statue had been completely hidden from the public until 1953, colors, delicate patterns and ornaments are almost perfectly preserved.

Just for your information, the statue was open to the public during the following periods in 2019:
From March 23 to April 7
From May 1 5 to May 9
From October 25 to November 14 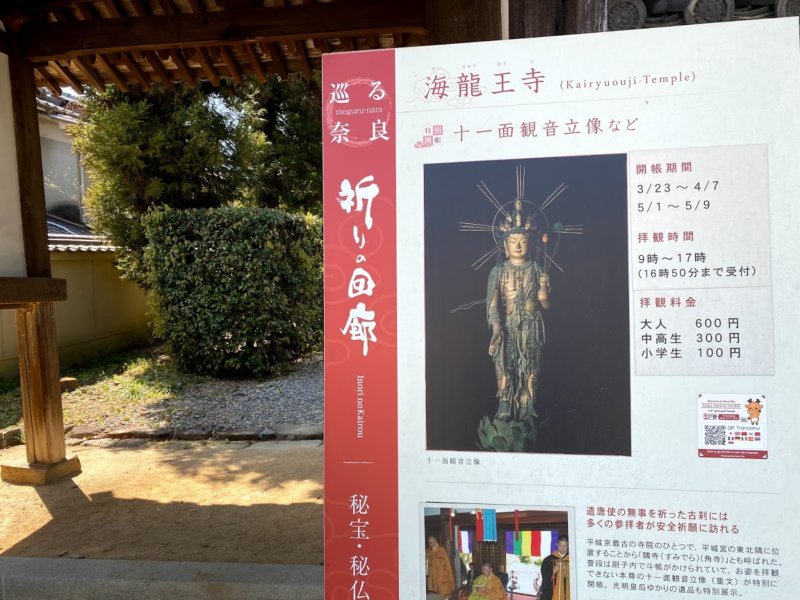 Notice of Special Exhibition in the spring of 2020

Take a Nara Kotsu bus at the Number 1 bus stop at Yamato Saidaiji Station on the Kintetsu Line. One-minute walk from the Hokkeji stop. 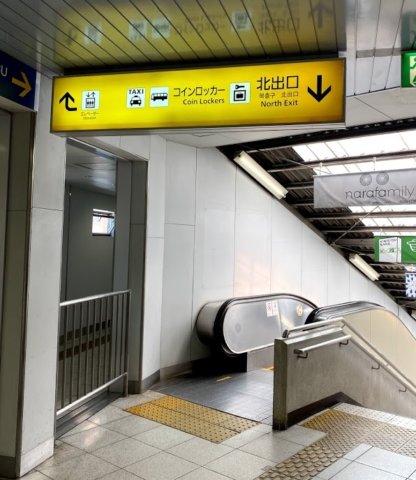 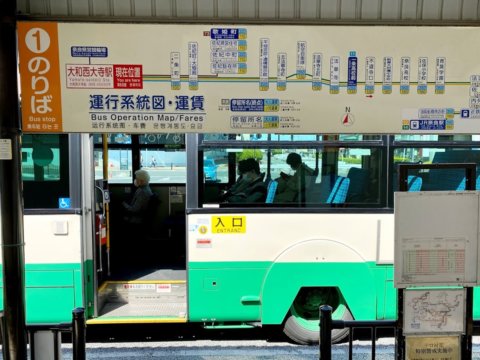 Or, a 20-minute walk from Shin Omiya station on the Kintetsu Line. 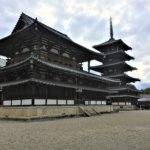 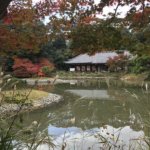