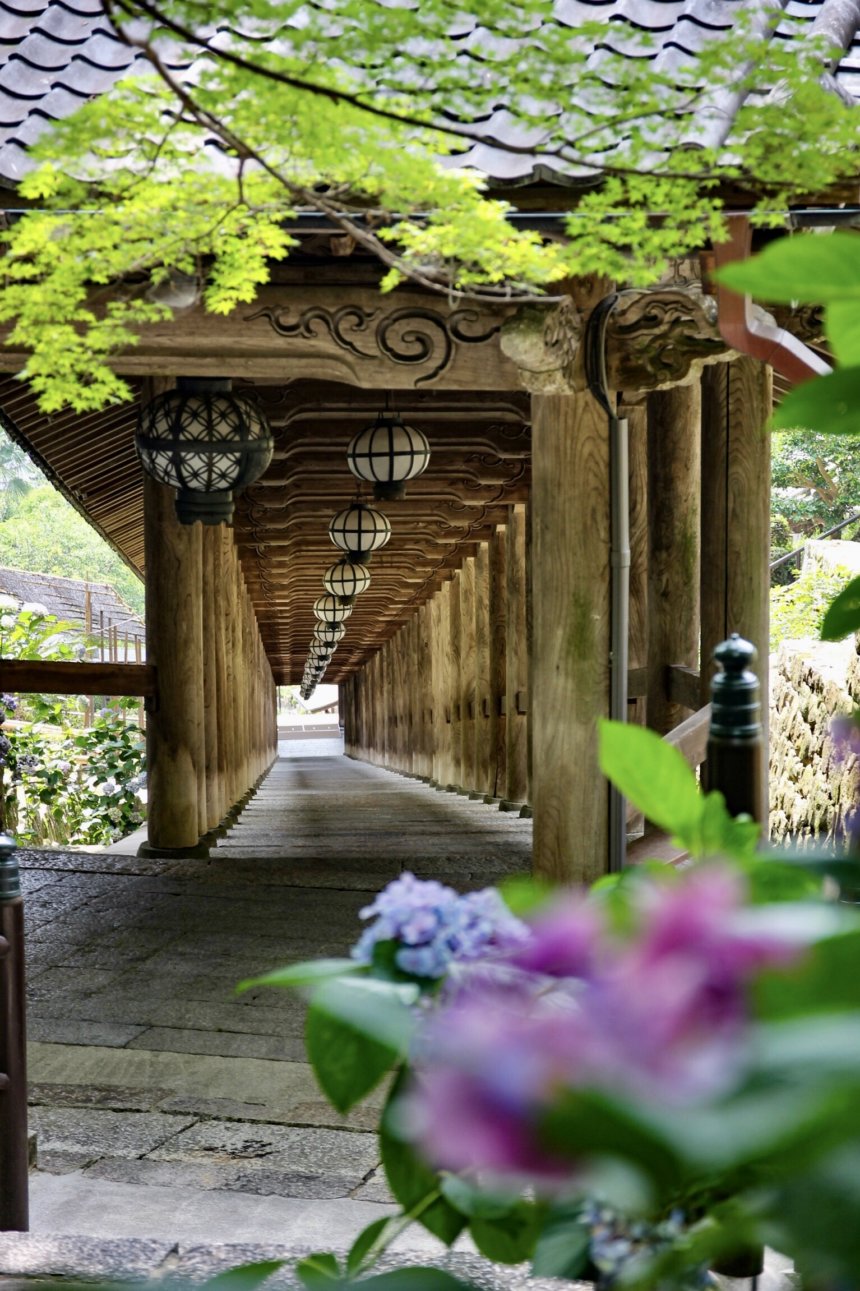 The town of Hase is located at the bottom of a valley where the Yamato River runs, with Kintetsu Hase Station on the southern slope and Hase-dera on the northern slope. It means you have to go down a steep slope and stairs from the station, and then climb up long stairs after entering the precincts of Hase-dera. It is not too much to say that Noborirou (the temple’s unique roofed stairs) and beautiful views that characterize this temple are very much a product of this geography.

According to the temple’s legend, Hase-dera was founded in 686. It is said that the temple played an important role in establishing the West Japan Pilgrimage in 718. The temple became popular among nobles living in Kyoto as a pilgrimage spot in the 10th century and its popularity grew among the general public in the 12th century.

Today, it is the head temple of a sect of Shingon Buddhism which has 3,000 branch temples and 5,000 priests nationwide. 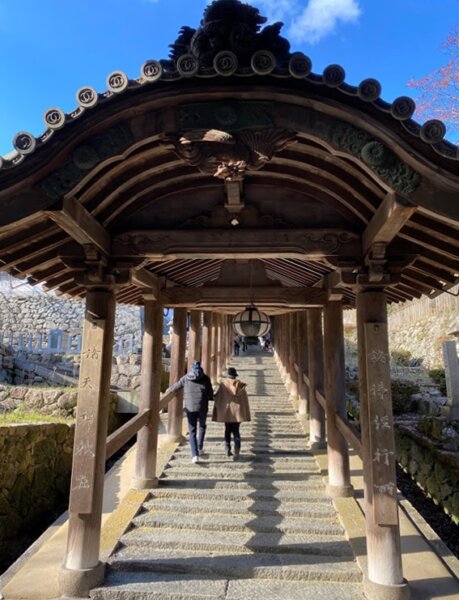 A beautifully roofed and decorated corridor with 399 stone steps will lead you from the Niomon Gate to the Main Hall. Oval-shaped lanterns are hung from the ceiling, which are known for their uniqueness and called “Hase-style lanterns.”

The corridor was originally donated in 1039 by a priest of Kasuga Taisha Shrine, who wanted to express his gratitude to the temple that had healed his son’s illness.

The corridor is long. Climbing the stairs needs some effort, but it has a unique atmosphere which you can experience only here. It will surely boost your excitement and expectations for seeing the Main Hall and meeting the Bosatsu up there. 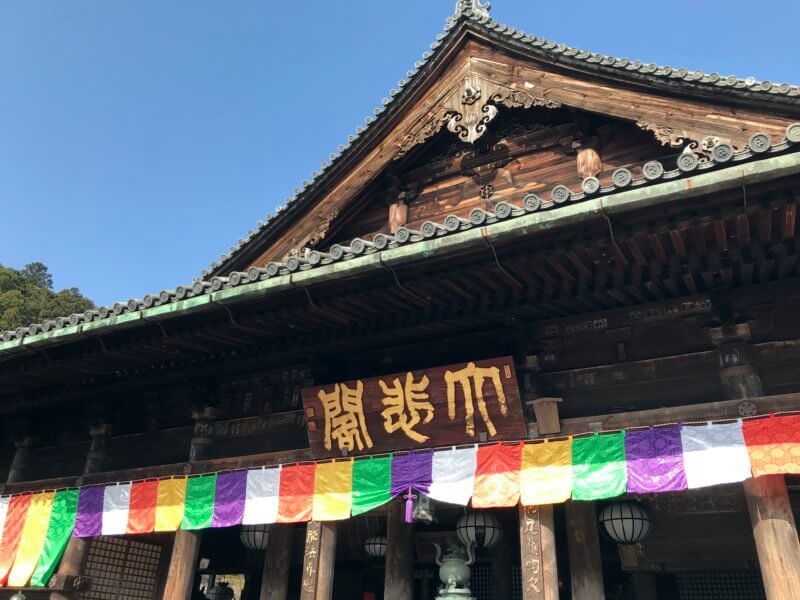 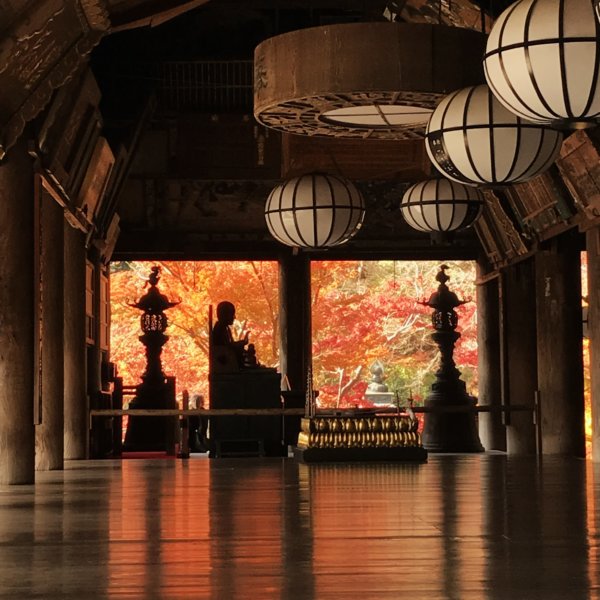 At last, you have arrived at the Main Hall! This magnificent structure consists of two halls, Shodo (inner chamber) and Raido (outer chamber), and a space that connect the two. The principal image of the temple resides in Shodo. The hall was burnt down seven times in its history and the current structure was rebuilt in 1650 by the third shogun of the Tokugawa dynasty, Iemitsu. 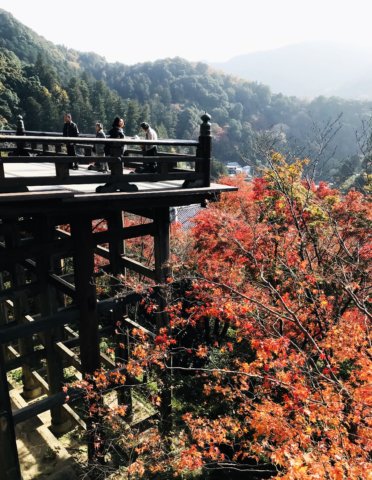 What characterizes this hall is a balcony that juts out over the hillside, which is similar to the famous wooden stage of Kiyomizu-dera Temple in Kyoto. The view from the balcony is spectacular and you will enjoy the landscape of the precinct including the five-story pagoda as well as cherry blossom in spring and red leaves in autumn. The hall itself is a National Treasure.

The gold-colored wooden statue is about 10 meters tall. Its hugeness and luster have overwhelming power, while its soft facial expression shows compassion. It seems quite natural that people came to have strong religious beliefs in face of this Kannon.

The statue stands on a square pedestal, instead of a commonly-seen lotus-flower-shaped one, and has a pewter staff, which is often held by Jizo Bosatsu, in its right hand. For all these unique features, the Kannon of this type is called Hase-dera style Kannon.

The current statue was rebuilt in 1538. This is one of the largest wooden Kannon statues in Japan.

Visit the official Hase-dera website to look at the picture of the statue.
https://www.hasedera.or.jp/history/statue.html

Only during special exhibition periods in spring and autumn, visitors are allowed to enter the Shodo (inner chamber) to look up at the huge statue up close and touch the feet of the Kannon. The feet of the golden statue have turned black and glossy, because people have touched and stroked them for hundreds of years, wishing peace and health.

Just for your information, the special exhibition periods in 2020 were from March 1 to June 30 and from October 10 to December 6.
Additional fee required. 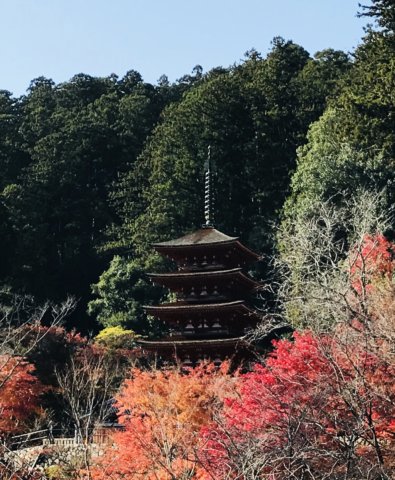 This beautiful pagoda was rebuilt in 1954.

The temple is colored by cherry blossom and peonies in spring, hydrangeas in summer, scarlet maple leaves in autumn and winter peonies in winter. 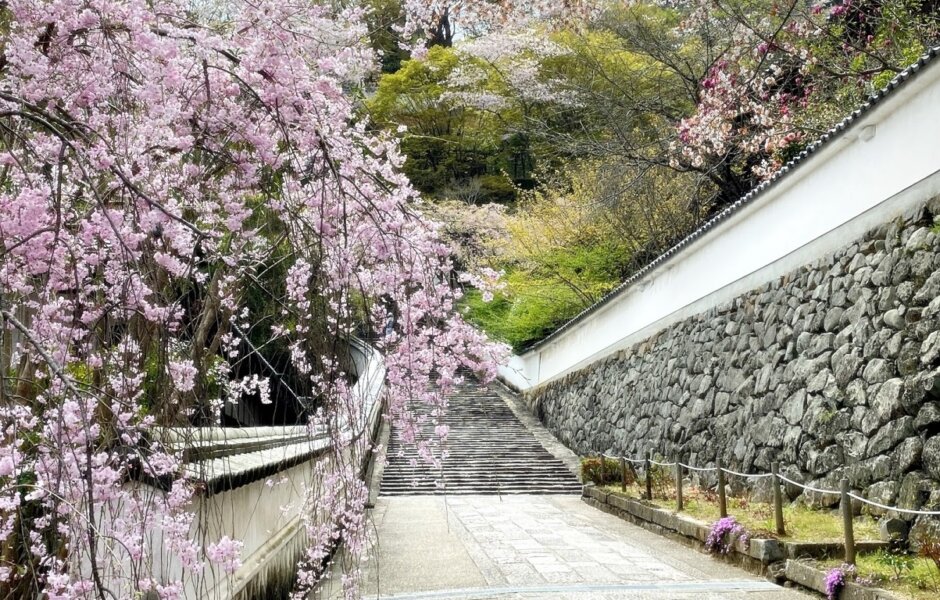 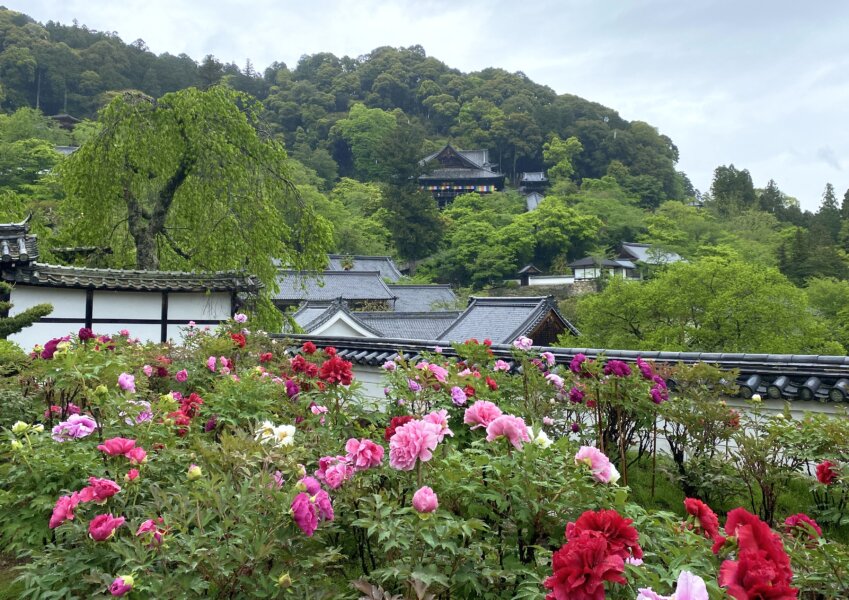 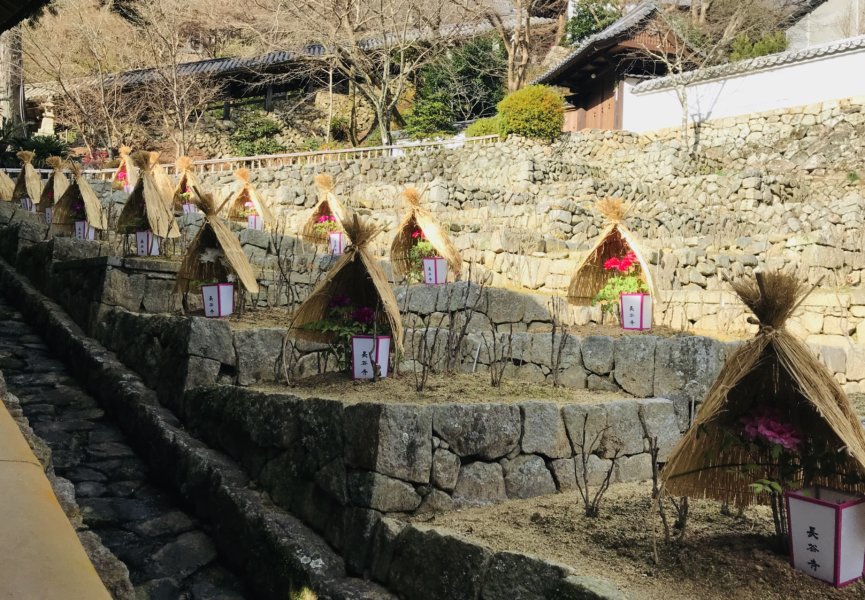 Winter peonies along the stairs. The cover, made of straw, is designed to protect flowers from snow.

* You are always asked to check information on the official website before you visit.
https://www.hasedera.or.jp/free/?id=345
(Official Hase-dera website, where an English PDF brochure is available for downloading.)

A 20-minute walk from Hasedera Station of Kintetsu Railway 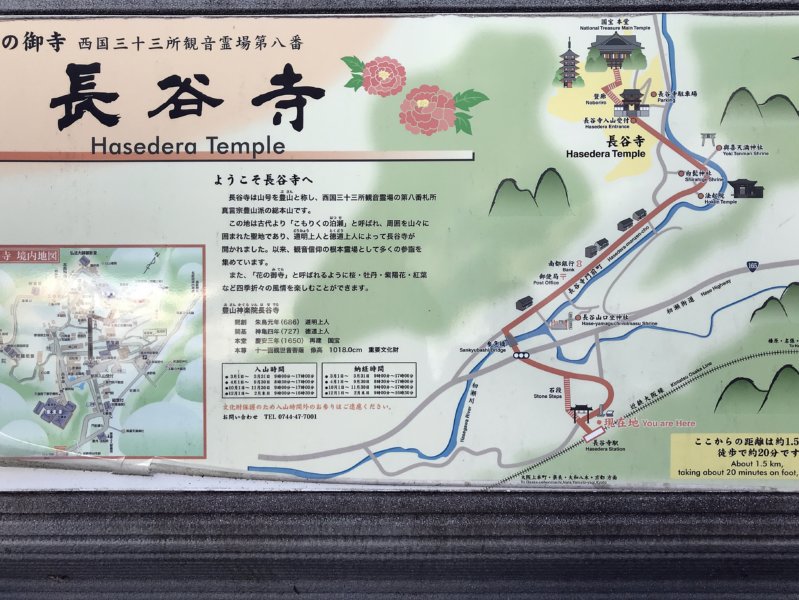 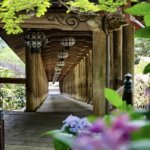 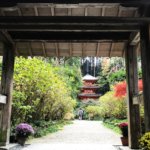 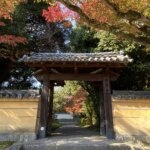