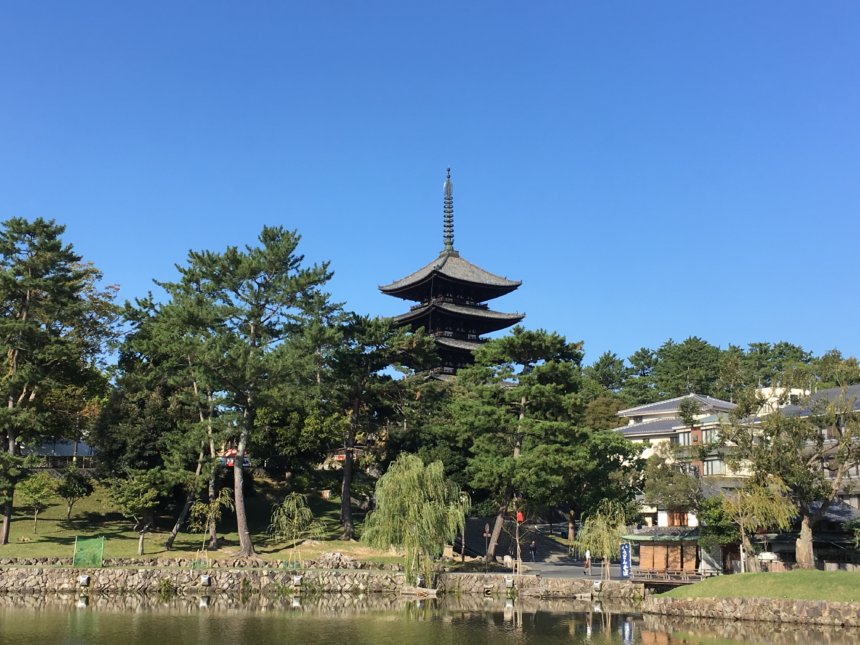 Kofuku-ji Temple was built in 710 in the east end of Heijyo-kyo Capital area as a tutelary temple of the Fujiwara clan. The temple celebrated its 1,300-year anniversary in 2010. The five-story pagoda, 50 meters high, the second highest in Japan, over Sarusawa pond, is a landmark and a symbol of Nara. 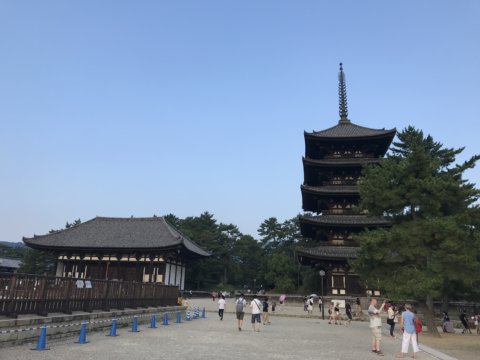 The temple at its height of political and even military power, had over 4,000 monks. But it suffered from many fires and existing buildings were all rebuilt 800-300 years ago. The last to be rebuilt was the Central Golden Hall, which was completed in 2018. Throughout the anti-Buddhist movement during Japan’s hectic modernization period, Kofuku-ji Temple was forced to give up most of its land and now it looks like it is just a part of Nara Park with no boundary. However, this made Kofuku-ji Temple very familiar to the people in Nara. It is free to visit at any time, unless you want to go inside of halls. People passing by the East Golden Hall in early morning can hear monks reciting a sutra inside the hall.

The temple is known for its fine collection of Buddha statues. The National Treasure Museum exhibits many outstanding Buddhist art from Kofuku-ji Temple. Among them is the three-faced, six-armed Ashura Statue, one of the most celebrated and charming Buddha statues in Japan, made 1,300 years ago. The Ashura Statue, who fights against evil normally has a scary face, but this Ashura has the serious look of a beautiful young man. It is said that the empress who built Kofuku-ji Temple together with her husband Emperor Shomu had lost her little boy and therefore many of the Buddha statues of Kofuku-ji Temple have images of a little boy which attract many people.

It also should be noted that Kei School of Buddhist sculptors including the famous Unkei and Kaikei were based in Kofuku-ji Temple and left many of their masterpieces here. 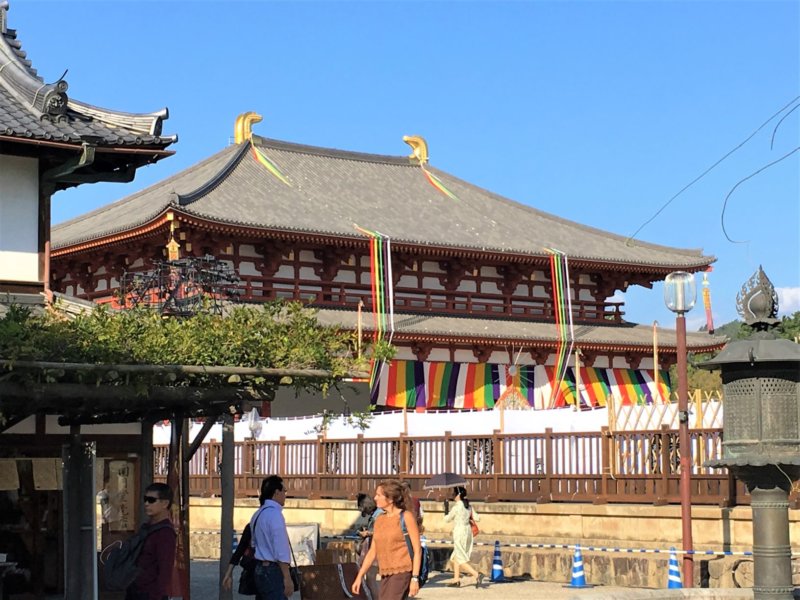 Opening celebration of the Central Golden Hall in 2018 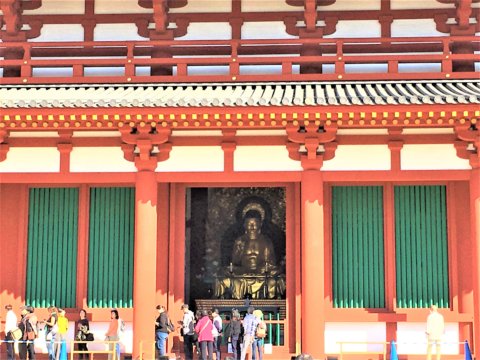 The Central Golden Hall, reconstructed and reopened to the public in October 2018, about 300 years after it was lost in fire, is Kofuku-ji’s Main Hall. It looks new, but it is intentionally colored less brightly than its original color. The zelkova tree from Cameroon was used for the over 10-meter pillars.

* You are always asked to check information on the official website before you visit. http://www.kohfukuji.com/english.html 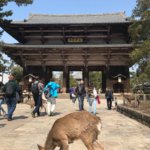 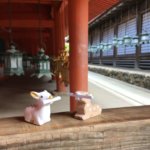